Revenge of the Nerds comes to the Morg

(A.K.A. The time I tricked the Morglians into LARPing)
THE SCENE:  Rainy, cool, and lacking a QIC. I parked at the wrong lot. Cobains.

F3 WELCOME & DISCLAIMER: Started by Orange Julius, and reinforced by me 4 minutes later. Clearly not a professional.

THA-THANG:
A mosey around the parking lot. Full disclosure, I had planned this for the field on the other side of the park, so this was literally a scouting run. Found my Target — A 50ish meter stretch of parking lot median with a tree at one end. The baton, that looks suspiciously like a Nerf Sword, was placed at the tree and the group was divided at the other end, 3 lamp posts away. Team 1 and (wait for it) Team 2. YHC was on glorious Team 1 with OJ, The Streak, Bruce, and Ratio. Team 2 started with Croissant, Flobee, Sleep Number, Miracle Ear.  Imagine the following, but dark and riddled with puddles and rain and mud: 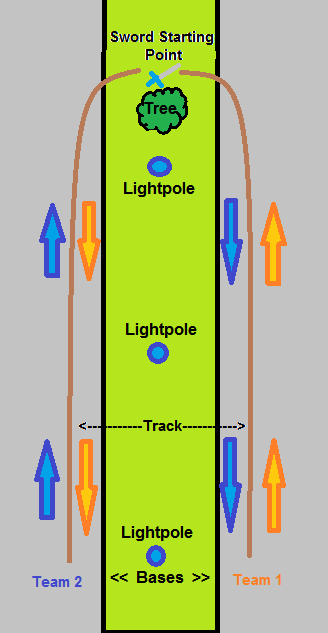 The Game: Push-the-Cart Dora Relay Race. Game is as follows

It took about 5-10 minutes for everyone to get on the same page about the rules, but eventually everyone got their competetive edge on. OJ incorporated the strategy of holding the die just off the ground and waiting in the sprint-ready stance for All In, before simply dropping the Die so we wouldn’t waste time waiting for it to stop rolling/bouncing. It also helps that he runs like a beast.

Sleep Number and a few others had the interesting tactic of throwing the sword away before the handoff to delay the other team. Shenanigans! 30 points from Griffinmorg!

Turn order was not always held, and some runners lapped others. Eventually IIRC, The Streak and Croissant decided they didn’t trust the others rolls and wanted a designated roller representative from each team, before rolling each other’s die to start the penultamate round, amid much trash talk. We essentially had Wet Calvinball with swords, and it was amazing. Too Tall joined in in the middle and evened up the teams (Team 2 was short handed until then). Miracle Ear looked ecstatic everytime he got to play the with sword.

Finally we were getting close to time, and I figured the score was about 2-2, so I placed the sword at the middle lamppost, about half the distance. SUDDEN DEATH OVERTIME. Team 2 got a Water Break and an easy second runner right after the first. Team 1 got…20 Burpees. DOH! Team 2 walked it in easy before I got to my 3rd Burpee. Well played Team 2, ya filthy animals. 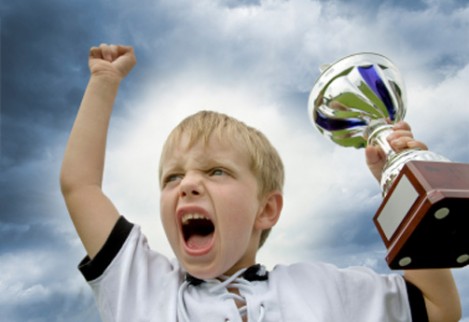 And there was much rejoicing…

A slow, almost swaggerly mosey back to Startex for Mary.

CIRCLE OF TRUST/BOM:
My church regularly asks men in the congregation to lead a sermon a few times a year. I told the Elders I was up for it, and nothing happened for a long time. I was starting to think they’d forgotten or didn’t think I was mature enough to do it. Then I just got told yesterday that I need to start preparing a sermon with them to be preached in about 1-2 months. I’m now the other kind of anxious now that it’s actually happening. I’ve got two takeaways for the men. One past, one for going forward:
1) If something is righteous to do, be patient and trust in the Lord. Whether or not it comes to fruition, God’s will is happening.
2) If you are struggling/ nervous in doing something worthwhile, ask for help and receive it graciously.

Prayers for my FIL and all unspoken.

MOLESKIN:
I still love the Exercise Die. That was the first time I Q’d in the rain and the first workout sesh totally out in the wetter elements with ne’ery a gazebo or pavillion. What an experience, though! Also, that morning was hectic. I forgot my phone, was running late, despite getting up earlier, went to the wrong parking lot, had to improvise, and do it all in the cold rain, but it’s amazing how little that matters when you don’t sweat the details and stick to the rest of the plan as best as you can. We ended up having a blast and I think we were all sufficiently spent by the end. The post BC weather felt amazing, and apparantly Kansas dwellers don’t know what humidity is. Thanks to OJ for warming them up for me and props to the M for the BB Title.

ANNOUNCEMENTS:
Tremor’s VQ is this friday at the Annex! Tiger Lily is leaving soon, and something might be going on at Neverland next week. Check Slack.
Also, Dexter still has a pending VQ.

44 chose to beat the cold and man the hatch

Circle of Trusts come in all shapes, forms, and sizes. This one is as about as good as it can get. Great job leading this morning Climate Control.

85 PAX gutted out the Gloom this Thursday