Pumping Iron at the Morg 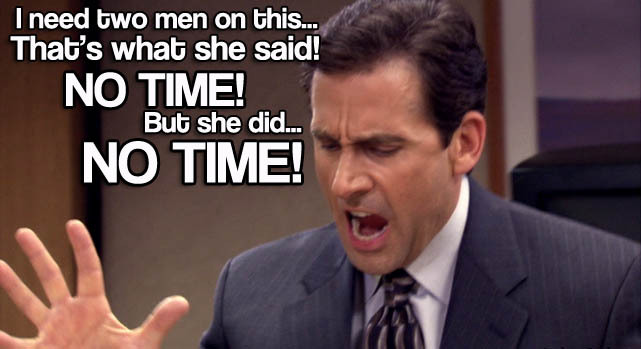 In the late Seventeenth Century in southern France, a girl named Marie Durant was brought before the authorities, charged with the Huguenot heresy. She was fourteen years old, bright, attractive, marriageable. She was asked to abjure the Huguenot faith. She was not asked to commit an immoral act, to become a criminal, or even to change the day-to-day quality of her behavior. She was only asked to say, “J’abjure.” No more, no less. She did not comply. Together, with thirty other Huguenot women she was put into a tower by the sea…For thirty-eight years she continued…And instead of the hated word J’abjure she, together with her fellow martyrs, scratched on the wall of the prison tower the single word Resistez, resist!

The word is still seen and gaped at by tourists on the stone wall at Aigues-Mortes…We do not understand the terrifying simplicity of a religious commitment which asks nothing of time and gets nothing from time. We can understand a religion which enhances time…But we cannot understand a faith which is not nourished by the temporal hope that tomorrow things will be better. To sit in a prison room with thirty others and to the day change into night and summer into autumn, to feel the slow systemic changes within one’s flesh: the drying and wrinkling of the skin, the loss of muscle tone, the stiffening of the joints, the slow stupefaction of the senses-to feel all this and still to persevere seems almost idiotic to a generation which has no capacity to wait and to endure.

The closed circuit allowed for ample conversation regarding important items such as Memphis best BBQ joints, YHCs Ms puzzlement with where the credit card charges with “Momas” is coming from, and The Streaks renewed lease on his knee after a successful trip to the Orthopaedist.
ANNOUNCEMENTS:
3rd F, Saturday 2/16 see slack for details.

After his first F3 workout, a man is given a unique F3 handle/name. At our recent Convergence, I had the honor to name a very special young #HIM… compounded with the fact that his dad is a man I hold in high regard. #LYMI @jwowwf3

I started working out with my local @F3Nation in July and it’s been awesome. I encourage men across the country to seek a local F3 group in their area. You won’t regret it! https://twitter.com/publicroad/status/1573663555261530115

Last month, I spent a few extremely early mornings in Katy, Texas, with the guys of F3 — that's fitness, fellowship and faith. This is a story about masculinity, loneliness, and what it means to lift cinderblocks together in the "gloom." https://www.nytimes.com/2022/09/24/us/f3-workout-men-texas.html

We know how much F3 means to all of us, and the team at the ⁦@nytimes⁩ noticed as well!

#Tclaps to the men of ⁦@F3Houston⁩ and ⁦@F3_Katy⁩ for welcoming the NYT to see what life in the Gloom is like.
https://www.nytimes.com/2022/09/24/us/f3-workout-men-texas.html?smid=nytcore-ios-share&referringSource=articleShare

Last month, I spent a few extremely early mornings in Katy, Texas, with the guys of F3 — that's fitness, fellowship and faith. This is a story about masculinity, loneliness, and what it means to lift cinderblocks together in the "gloom." https://www.nytimes.com/2022/09/24/us/f3-workout-men-texas.html